Types of Rice: The Long, Medium, and Short (Grain) of it

Rice, for all of its simplicity, can be a confusing, finicky food. Various varieties, milling techniques, and even ages can be matched with equally varied cooking methods that call for different rice to water proportions. Our Cambridge shop offers over a dozen prized varieties of rice and we love serving them up in our cold salads for lunch or as an integral part of our dinner menu. After gazing at our rice shelf for a while (too long) I realized some research would help demystify the different types of rice we offer. I hope my research helps you find the type you need for your next culinary endeavor!

Rice is a type of grass 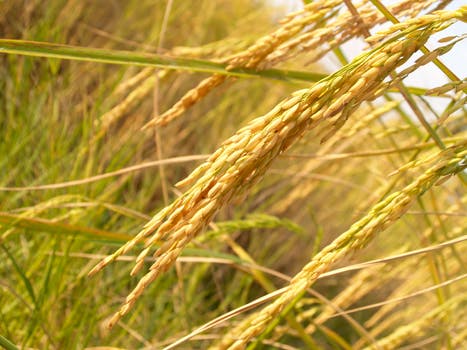 Yes, really, it is. Rice belongs to the family Poaceae which includes more than 12,000 species of grasses. Rice is further classified as a member of the genus Oryzae. The most common rice in commerce today is the species Sativa, commonly known as Asian rice. Within the Asian rice species, there are different ways to categorize each type, such as kernel size, milling process, and origin. Each of these characteristics plays an important role in how to ultimately make use of the rice.

Common kernel sizes are long-grain, medium-grain, and short-grain. Milling process defines the extent to which the exterior of the rice kernel is milled and polished away. Straight from the harvest, each grain of rice is attached to its germ which is encased first in the protective bran layers and then in the outer husk layer. In all cooking rice, the husk is removed. The extent to which the bran and germ are removed determines whether the rice is classified as whole grain, brown rice, or polished white rice (or somewhere in between!). The rice's origin not only corresponds to traditional cooking and processing methods, but also to the environmental impact and ultimately the texture. 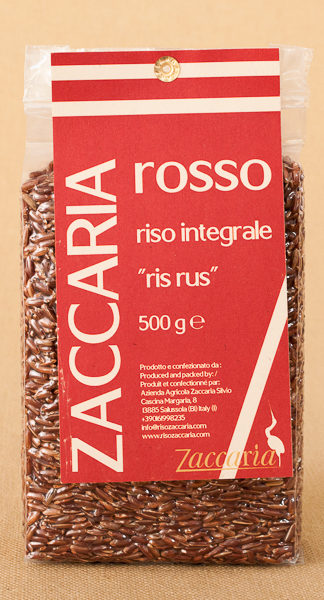 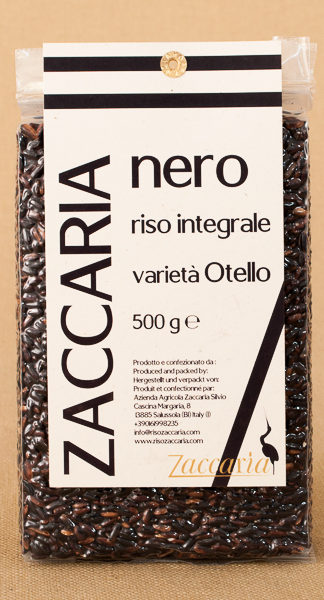 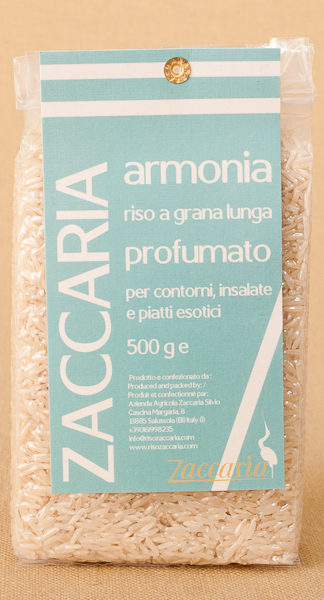 Long-grain rice kernels are four or more times longer than they are wide, and cook up to be firm, relatively dry, and fluffy. These are suitable for applications that require separate, textured grains—pilaf, stir-fry, salad, soups, and stews—and are typically cooked in the 'absorption method,' simmered in a small amount of water until all of the moisture is absorbed. Household varieties include Basmati and Jasmine, white rices that have been milled and polished to remove bran and germ. The milling process strips nutrients, and American varieties are often enriched afterwards.

Formaggio Kitchen carries Armonia, a cross between Basmati and Thai Bonnet. It is an aromatic long-grain rice that cooks quickly, but is an 'integral' or wholegrain rice, containing the germ and the bran. 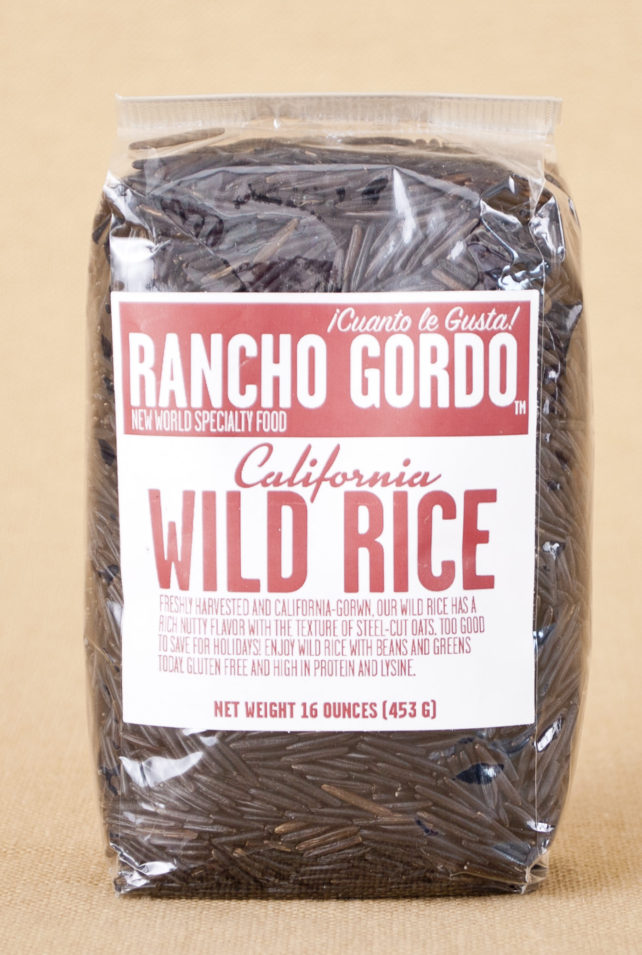 Here at Formaggio, we have three colorful, wholegrain options for your pantry. Zaccaria's Otello black rice from Italy cooks up to a slightly purple color; the pigments in the deep black bran carry antioxidants. You may have heard of 'forbidden' rice—named as such because ancient Chinese royalty kept this grain for themselves, away from civilians. We also carry Zaccaria's red rice. This 'riz rus,' with its reddish-brown hulls, looks like caraway seeds, and has a nutty and aromatic finish. Rancho Gordo's California Wild Rice is not directly related to Asian rice; rather, it is from the genus Zizania, an aquatic plant that has been harvested since ancient times. Chewy and nutty with an earthy hue, wild rice requires long cooking time and isn't done until the grain splits to reveal a milky white center.

Rinsing or soaking can leech nutrients from these wholegrain hulls; unless your recipe calls for it, these practices are best avoided. 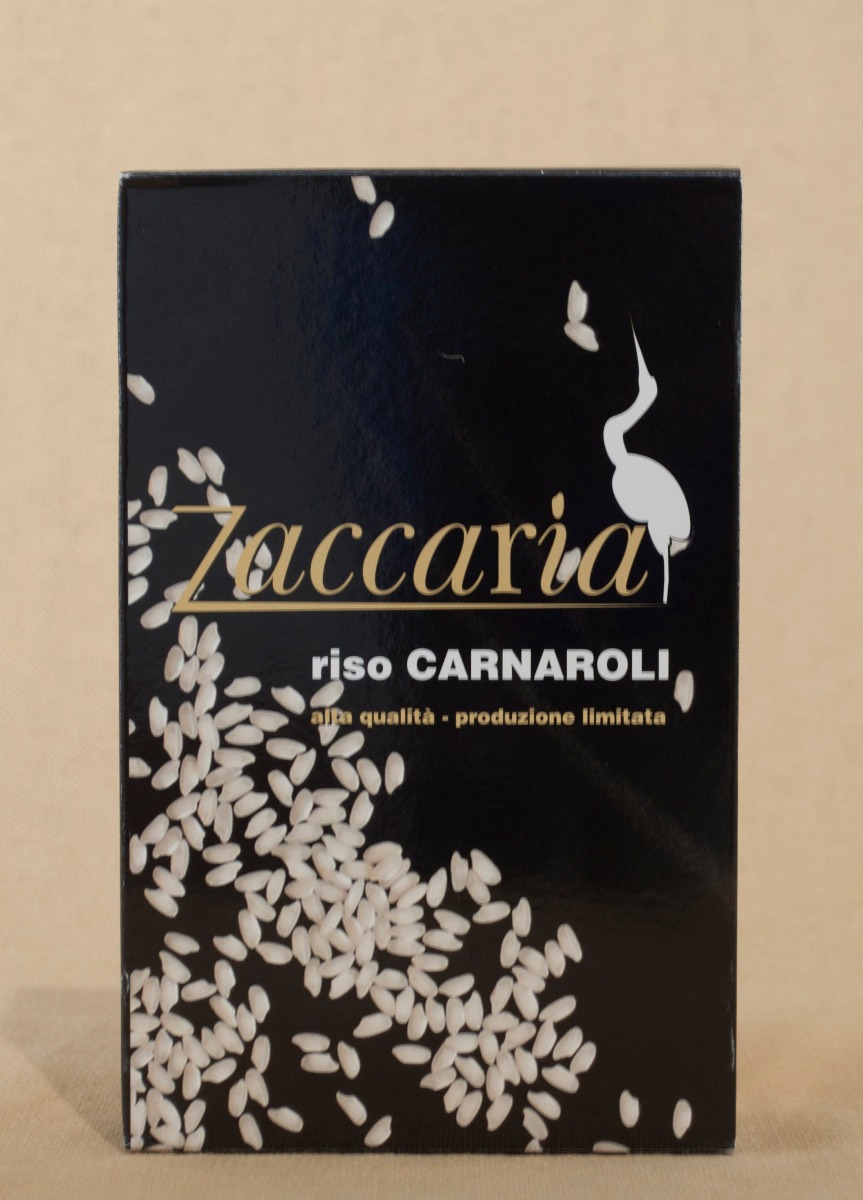 Medium-grain rice is two to three times longer than it is wide, absorbing more moisture than long-grain for a softer rice. Because this rice releases more starch, it creates a creamy consistency ideal for risotto and rice pudding.

Our starchy, medium-grain Italian rices are best suited for risotto and arancini, as well as soups and stews where some starch thickening is desirable. Stirring, in particular, encourages the grains to release their milky amylopectin starches. The four medium-grain varieties, which we directly import from the Piedmont-based Zaccaria company, have subtle textural differences.

Carnaroli can absorb a lot of moisture without overcooking; the large kernels give texture to a risotto. Arborio absorbs less liquid, for a firm, chewy grain. Baldo rice is a somewhat smaller relative of Arborio. Any of these three should provide the desired 'all’onda' consistency: when the risotto ripples and breaks like waves when tossed or swirled in the pan. 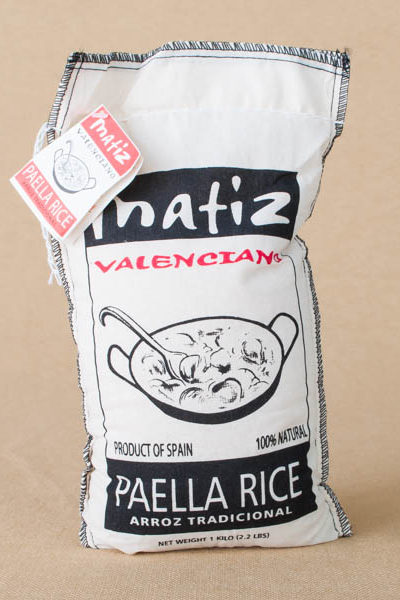 The best rice for paella will cook up soft but remain separated and fluffy. A drier long-grain won’t do, nor will a starchy medium-grain. Paella rice should also be quite absorbent, to capture the flavor of the cooking stock. We source two medium-grain paella rices from the Matiz company in Valencia, Spain: Bomba and traditional. The Bomba absorbs twice the amount of water as long-grain rice, but doesn’t get sticky. The traditional paella rice from Matiz is less absorbent than Bomba, but more so than other medium-grain varieties.

For a catch-all medium-grain rice, we recommend Massa Organics California whole-grain brown rice. Best prepared using the 'pasta method'—boiling in excess water and straining—this is a good substitute in most recipes. The chewy bran exterior holds in some of the starches, so it makes a less creamy risotto than polished white rice. It clumps together like a traditional medium-grain, but the slight dryness of the bran suits long-grain preparations.

Short-grain, sticky, and everything in between

Japanese sushi rice is traditionally short-grain. Because sushi rice should clump while retaining the separation of each grain, it is often rinsed to avoid a gluey texture.

Another variety of short-grain rice is known as 'sticky,' 'sweet,' or 'glutinous.' Confusion abounds in this terminology, since the rice has neither sweetness nor gluten. Rather, this short-grain rice is traditionally used in Asian sweets and has a gluey consistency. Sticky rice is often prepared by steaming. 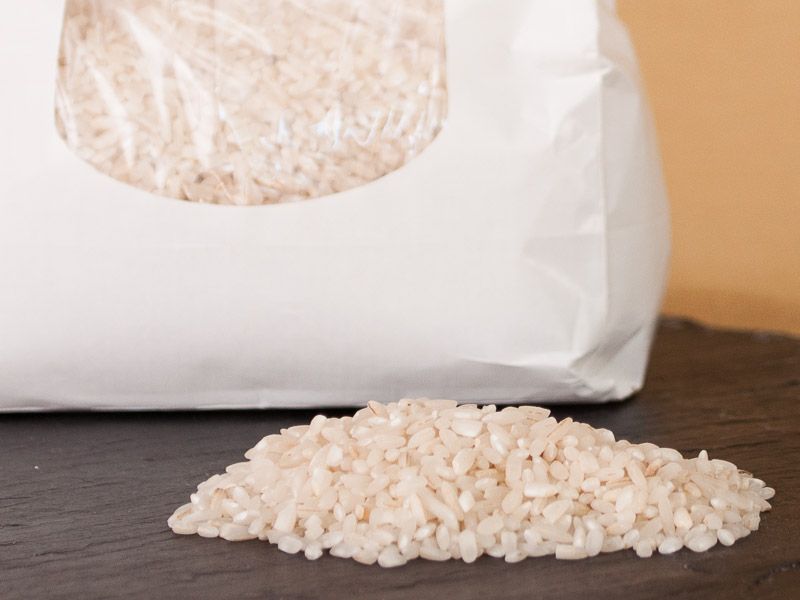 Formaggio’s premier sticky rice is Carolina Gold, a long-grain heirloom varietal from Anson Mills. How can a long-grain rice masquerade as short-grain? Carolina Gold is a 'new crop rice,' milled within two months of harvest without receiving the heat treatment that tends to 'age' rice. This early milling makes for a stickier, higher moisture grain. Depending on whether you cook Carolina Gold via absorption, boiling and draining, or steaming, you’ll get a classic long-, medium-, or short-grain result. Carolina Gold is also a staple in Carolina Rice Kitchen recipes like Hoppin’ John and creamed rice.