What Is Annatto? How Does It Relate to Cheese? 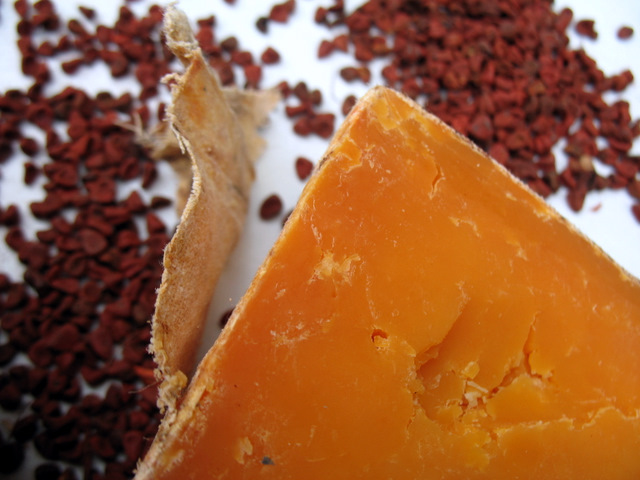 Mimolette. Red Leicester. Shropshire Blue. What do these three cheeses have in common? They are all orange and they are all colored with annatto. Annatto is a somewhat mysterious ingredient added to a number of cheeses and, recently, I took a minute to research where it comes from and a bit of its history. 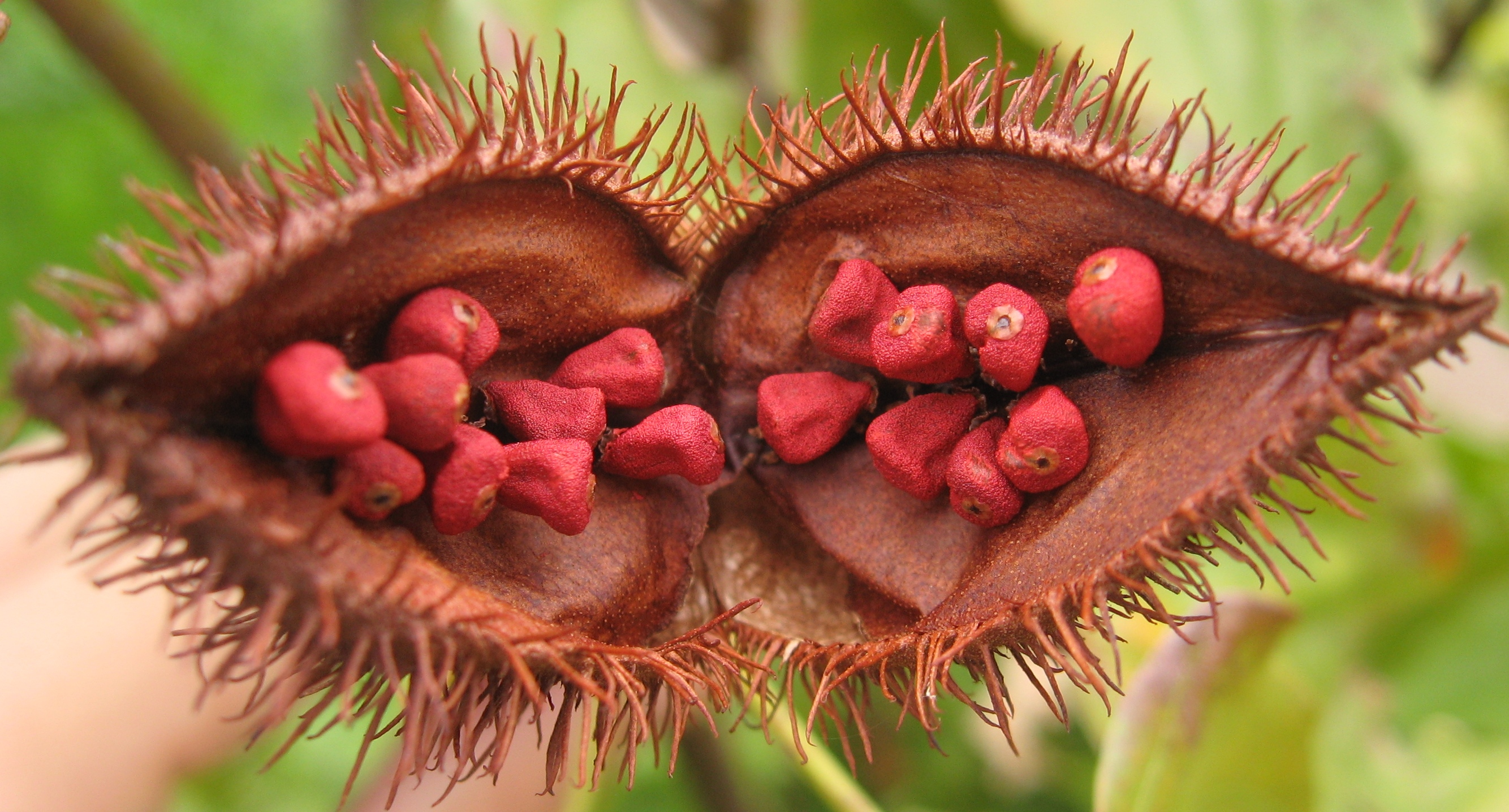 Annatto seeds are also known as 'roucou' or, eponymously, as 'achiote.' They come from the achiote tree (Bixa orellana), a small evergreen. 'Achiote' is the name of the tree and the spice in Nahuatl, a language spoken in Mexico. Indigenous to South America, the tree is now grown in tropical regions all around the globe with Brazil and the Philippines as the primary producers. It yields a brown, heart-shaped fruit that is covered with prickles, much like the fruit of a chestnut tree. Inside, however, instead of one shiny seed, there are a multitude of red seeds. It is the red flesh of those seeds that yields the yellow or orange coloring in cheeses such as Mimolette.

Rumor has it that annatto was initially introduced to cheese by unscrupulous cheesemakers. Cheese made with high-quality milk from cows that have been grazing on fresh grass tend to have a notably yellow hue to them (the large fat globules in cows' milk are able to retain the beta carotene in green grass). The theory is that some farmers decided to introduce annatto as a way of attaining the yellow-ish color while feeding their cows things other than fresh grass. Once introduced, annatto may then have taken off as people gradually kept one-upping themselves, making the cheeses oranger and oranger until it became more of an aesthetic statement than a deliberate effort to disguise the quality of the milk used to make the cheese. Today, many fine cheeses (such as those mentioned above) utilize annatto to create a visual impact. 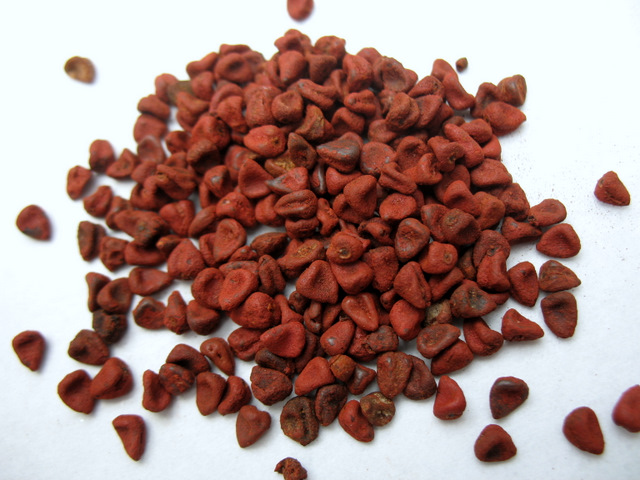 We sell annatto here at the shop and, after a little reading in Herbs and Spices by Jill Norman, I discovered several cooking uses for the spice of which I was previously unaware. In the Caribbean, folks fry the seeds in fat. The seeds are then discarded and the richly colored fat is used for cooking. In many other parts of the world - Peru, Vietnam and the Philippines among them - annatto seeds are used to lend color and/or flavor to marinades, braised dishes, soups and stews. Annatto seeds are used in a couple of signature regional dishes -  aliño criollo (a Venezuelan condiment) and recado rojo (a paste that contains a variety of spices and is used to make a Yucatán classic, pollo pibil). Annatto or achiote is also used in some recipes for saltfish, also known as 'ackee,' considered by some to be the unofficial national dish of Jamaica. Of course, cooking aside, if you are a home cheesemaker, you might wish to try coloring your next batch! I tried an annatto seed as I took photographs for this post and at first it had hints of nuts and a slightly sweet vegetable taste that finished with a hint of pepper and just the tiniest bit of heat.

To use the seeds to make a colorant: Norman's book recommends soaking 1/2 teaspoon of the seeds in 1 tablespoon of boiling water for an hour. The water should then be a deep orange color and can be used to color rice, stews, soups and stocks.

Author - Mary is a cheesemonger and baker at Formaggio Kitchen Cambridge.