What is raw milk cheese and why is it important? 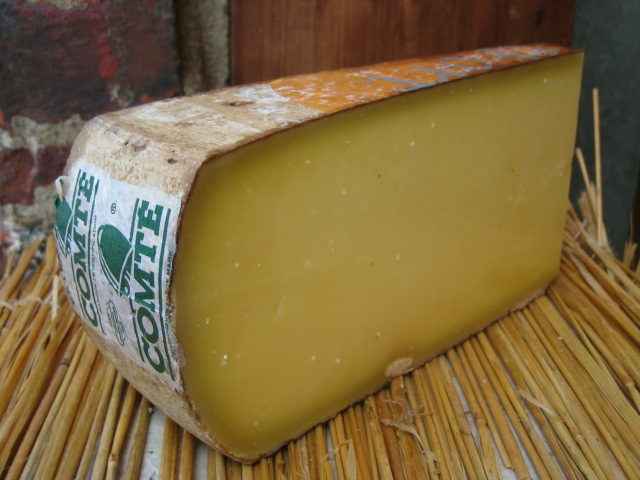 Raw milk has been a hot topic in the media recently with frequent articles bubbling up about the dangers of fresh raw milk and raw milk cheese. The issue is much more complex than is often portrayed in these articles and there are strong and reasoned voices on both sides of the raw milk debate. For almost forty years, we've been selling cheese to our local community and beyond - much of it made using raw milk. Today, roughly 40% of our 220 cheeses are made using raw milk. In this post, we add our voice to the raw milk conversation and ultimately, encourage our readers to seek out and experience well-made and delicious raw milk cheese!

What is raw milk? What is pasteurization?

Simply put, raw milk is milk that has not been treated in any way after being taken from the source. The idea of heat treating milk to destroy microorganisms was an offshoot of work done by Louis Pasteur in 1864. Pasteur worked primarily with fermentation and the spoilage of wine, while it was the German chemist Franz von Soxhlet who applied the concept of heat treatment to milk in order to destroy bacteria. According to the FDA, pasteurization of milk can be done at 145 F for 30 minutes or 161 F for 15 minutes. Either method is sufficient to kill the common pathogens that cause illness. Another heat treatment is thermization where milk is heated to a temperature between 135 F and 154.4 F for at least 15 seconds. This process kills some, but not all of the natural bacteria and enzymes in milk, keeping more of the natural flavors in the milk than pasteurization. This milk is not technically raw, but is technically not pasteurized since it does not fit the definition according to the FDA.

There are plenty of instances of both raw and pasteurized milk cheese causing illness due to poor production, storage, or handling. Assuming a healthy herd, clean milk collection, storage, handling, and production techniques, whether using raw milk or pasteurized milk, the results will be healthful and hopefully delicious! Some will argue whatever benefits there are from using raw milk for cheese production do not justify the potential risk of illness if something goes wrong. Others will argue that raw milk offers a healthy mix of natural bacteria while pasteurization is a simple solution supporting industrial scale production by killing off both the good and the bad bacteria in the milk. There are more arguments on both sides of this issue - some worth considering and some not, but in our experience, well-made raw milk cheese offers the greatest complexity of aromas and flavors when compared to similar recipes made using pasteurized milk. As both consumers and retailers we fully support producers both domestic and abroad who work so hard to bring us their delicious and traditional raw milk cheese.

As food becomes more and more of a commodity, drones fly your latest produce delivery to your home and square watermelons are being grown, we find distinct pleasure in sharing the experience of traditional foodways with our families, customers, producers and industry peers. In particular we are strong supporters of the artisan producers who take on the challenges of raw milk cheese production. Whether it's Michael Lee at Twig Farm, the team behind the fabulous Comté from Marcel Petite or any number of other traditional raw milk cheesemakers, these producers create prime examples of the gustatory pleasures available in raw milk cheese.

Sourcing raw milk cheese is a very intentional decision on our part. We choose to work with producers who demonstrate the passion, artistry and technical capacity necessary to produce exceptional raw milk cheese. Over the years of active importing, we've seen traditional food production under pressure from larger, less expensive and more convenient options. Now more than ever it is essential for retailers and consumers alike to appreciate and support these producers.

Luckily, we are not alone in our praise and support of raw milk cheese producers. Oldways Preservation and Trust has long supported traditional food producers and its Cheese of Choice Coalition, formed in 2000 is leading the charge in support of traditional cheese. According to the organization's president Sara Baer-Sinnott,

Artisan, raw-milk, and traditional cheeses offer delicious tastes for consumers at home and in restaurants and provide a livelihood for passionate and dedicated cheese producers, distributors, importers and retailers worldwide. To make sure that these cheeses continue to play such an important role, the Cheese of Choice Coalition will focus on protecting them from regulatory challenges and actively educate consumers and restaurateurs about their unique tastes and histories.

If you're local to the Boston and Cambridge areas, we invite you to stop in and learn more about the raw milk cheeses we carry. For those of your farther afield, here are a few raw milk suggestions from Cheesemonger and online shop manager Mary Chapman.

Marcel Petite Comté: Comté is a raw milk cheese that is a staple on our cheese counter. Our strong relationship with the affineurs, Marcel Petite, allows us to hand select wheels at 7 different age profiles. Younger wheels like Comté Les Granges have a pliable texture with sweet, fruity flavors while the oldest, the Le Fort and Grand Cru show flavors of roasted nuts, slow cooked onion, and caramel.

Jasper Hill Farm Bayley Hazen Blue: Bayley Hazen blue is another one of our most popular cheeses. Coming to us from our friends at Jasper Hill Farm, we select wheels of Bayley that show flavors of Valrhona cocoa, black cherries, and toasted nuts. Typical blue cheese spiciness is mellowed by the sweetness of the raw milk.

Wilde Weidekaas Gouda: This cheese is made in small batches each day from that day's milking. This helps the cheese preserve more of the natural flavors and smells of the milk. The cheesemakers, Lidia and Theo, choose to salt their cheese minimally, which results in the cheese ripening more slowly and allows the cheese to develop more pronounced flavors. The cheese has an incredibly creamy texture and an approachable yet complex flavor of fruit, nuts, freshly cut grass, and flowers.

Check out our online cheese selection or better yet, stop by any of our three locations to learn more about the importance of raw milk cheese and why it should be appreciated!