The exact history of torrón or nougat (“torró” in Catalan) making in Agramunt, located about an hour and a half drive northwest of Barcelona, Spain, is unclear due to lost or destroyed records over the years and through various wars. The earliest known documents reference torró d’Agramunt production as early as 1741, but the history of this sweet goes further back to Ancient Rome.

Traditionally, torrón is a holiday candy served at celebratory meals (especially Christmas). In the month of November and December, artisan stalls pop up in the Barcelona markets selling different styles of torrón. There are various IGP (Indicaciones geográficas protegidas) zones of turrón production throughout Spain - most notably Jijona, Alicante and Agramunt. Jijona is known for its smooth almond paste texture, Alicante for its hard nougat and crunchy almond recipe, and Agramunt is known for its use of toasted hazelnuts - particularly the whole nuts enrobed in the nougat and sandwiched between potato starch wafers. 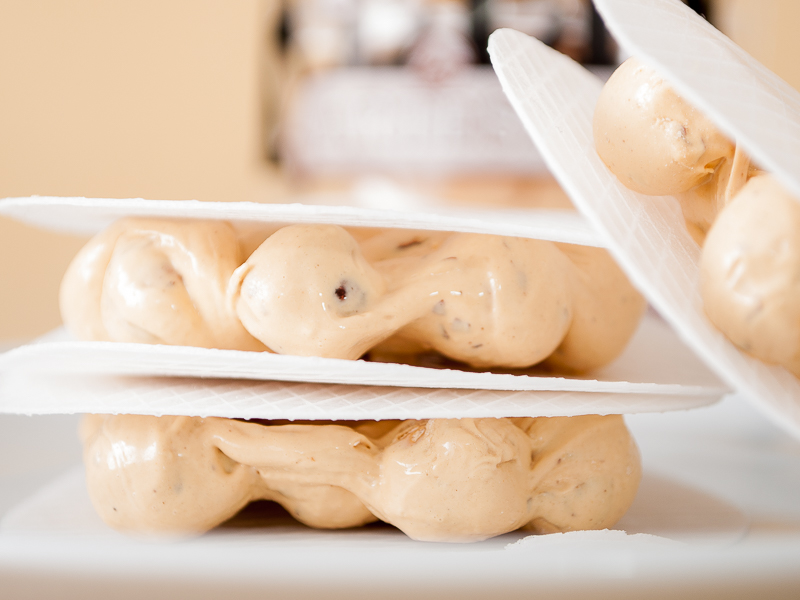 Torrons Fèlix was founded by D. Fèlix Valero who began making torrón at the age of thirteen. He learned while working and became a skilled artisan of the traditional Agramunt torró: those whole toasted hazelnuts enrobed in nougat. In 1987, he set out to become the best independent torró maker, and he says he has succeeded: 'If you go to Agramunt and ask twenty people which is the best, the twenty people will say: 'That is from Fèlix.''

Fèlix's approach is deceptively simple: he puts a lot of love into his work, making small amounts, and choosing suppliers of raw materials with whom he has close relationships. This means he sources the best quality local ingredients including hazelnuts, almonds, eggs and honey from producers he trusts: “There is no better way to choose the product than the confidence that comes with friendship.” 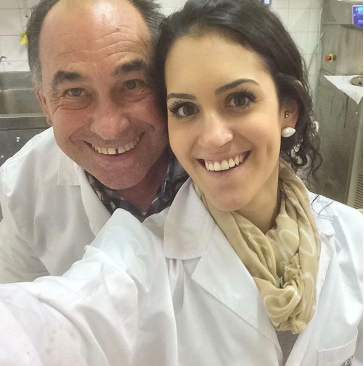 Fèlix Valero and his daughter Zoè

Torrons Fèlix begins receiving deliveries of their hazelnuts and almonds in October, and launch primary production that continues through December. Each year, Fèlix inspects the raw material as they arrive and he adjusts his recipes to complement each.

We should not call Fèlix a bakery or factory - he prefers “workshop” as it gives a better sense of scale and attention to detail that is missing from some bakeries or factories. In fact, his workshop is located in the basement of his home. He works with a small group of people including his wife Pilar and his daughter Zoè when she is able to help out. 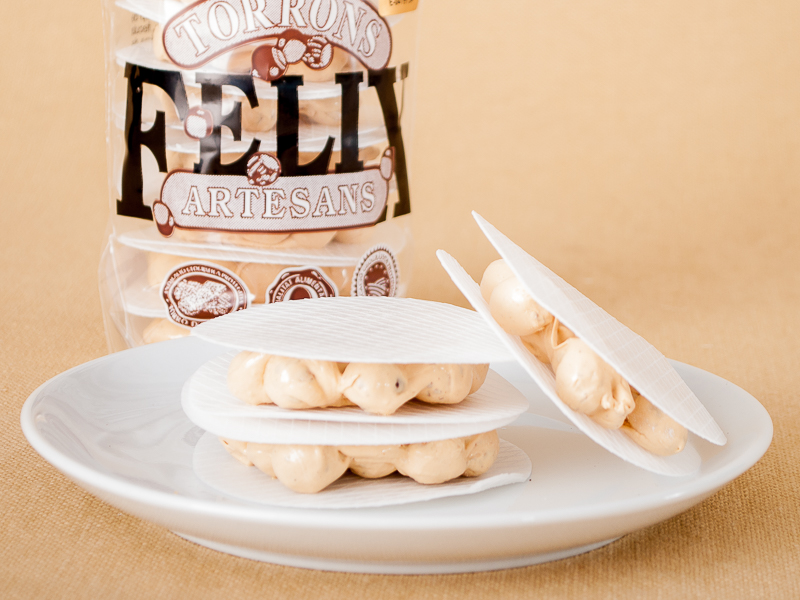 Visit our online store for a full description of all the Torrons Fèlix products and know that they vary widely to satisfy a number of tastes and preferences. The classic Torró d'Agramunt (pictured above) features whole roasted hazelnuts enrobed in classic, honey-sweetened nougat and sandwiched between two thin sheets of edible potato starch paper. Another unique and delicious treat is the Yema Almond Turrón, a smooth almond paste nougat made with egg yolk, giving it a rich, custardy flavor. Coconut lovers will appreciate the Coconut Chocolate Torrón, a dense coconut base topped with dark chocolate.

Give these new sweets a taste and then let us know: what are your favorites?

Author, Tim is a Manager of Formaggio Kitchen Cambridge.