24 Hours Only: Get 10% Off iContadini Products

At Formaggio Kitchen we prepare months in advance for the busy, festive holiday season by placing orders, stocking up on gift baskets and ribbons, and planning our holiday menus. By October we're ready and waiting for the first harbingers of the holidays to arrive from Italy: fluffy, hand-wrapped panettone from Perbellini. About the same time these gorgeous sweet breads arrive, we're also on the lookout for incoming pandolce and panforte.

What's inside all of those beautifully wrapped boxes? We all have our favorites, because we taste them all every year. To help out those of you who don't stuff your faces as much as we do, here's a handy Italian Sweet Bread cheat sheet, from Panettone to Panforte, with a little Sbrisolada thrown in for good measure. 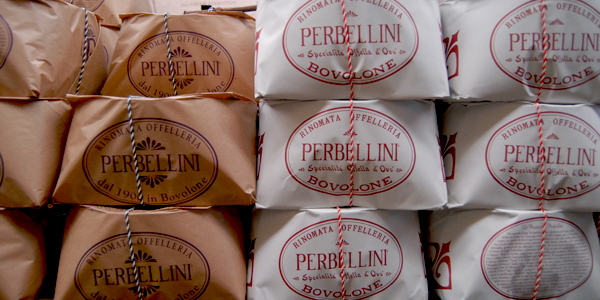 Panettone is the classic Christmas cake of the city of Milan, in Italy's Lombardy region. The name comes from Milanese dialect for “big bread.” Originally this yeast-raised cake was more bread-like, but by the 15th century it had evolved to become sweeter and studded with candied fruits. Panettone is fluffy and soft, with a texture similar to brioche. These heavenly cakes were a traditional Christmas gift for Milanese factory workers (along with a bottle of sparkling wine). 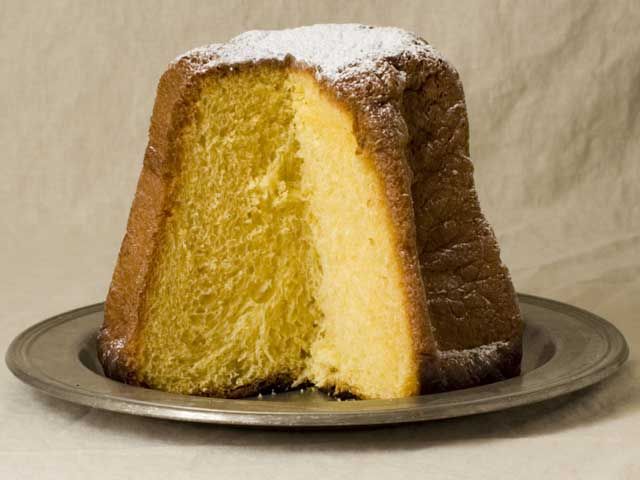 We directly import panettone from Pasticceria Perbellini in Bovolone, Italy. Perbellini is one of the few producers we have found who uses the traditional method of using natural yeasts to make their panettone, allowing a long leavening time of 24 hours for the dough. Their soft, fluffy Panettone L'Anni 1900 is made with flour, fresh eggs, sultanas, candied citron, rum, and vanilla. The big, lightweight cakes are wrapped in plastic, and then in beautiful paper boxes tied with string and a grape branch handle. We love slices of panettone after dinner with sparkling wine, or (even better) for breakfast, especially toasted and buttered!

From Perbellini we also import Pandoro, a larger panettone made without fruit, that comes with a packet of powdered sugar for dusting, as well as the Fior d'Albicocca, a panettone studded with plump dried apricots with an almond glaze, and the rare Offella d'Oro, based on an ancient Veronese cake called Nadalin, with a buttery-rich dough and a top crusted with nuts and sugar. This year, for the first time, we also have a limited allotment of rich orange and chocolate panettone!

Pandolce is the sweet bread of Genoa, in the region of Liguria. It's said that pandolce was invented when a contest was held in the year 500, to create a confection that represented the “richness” of the city of Genoa, but that was also sturdy enough for the city's seafaring population to carry with them on ocean voyages. Pandolce is more dense than panettone, with a slightly crumbly texture that's almost cookie-like. 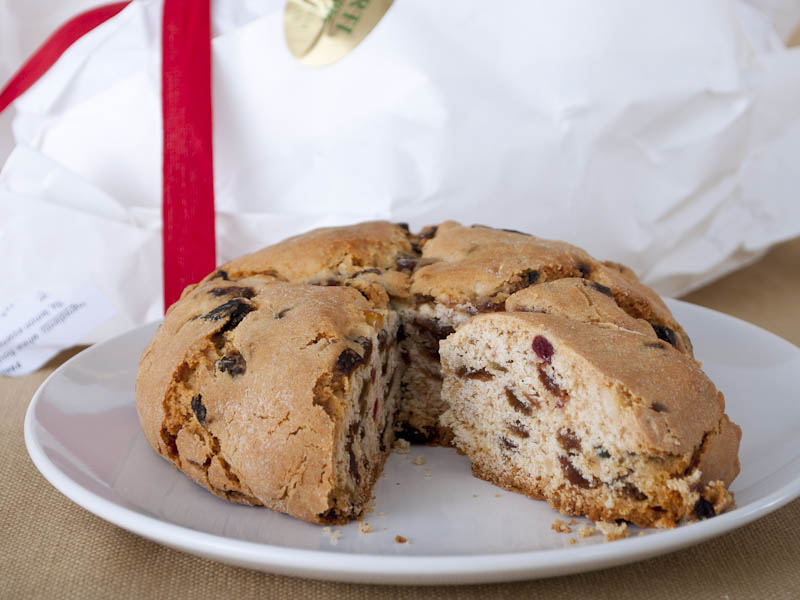 We stock a variety of pandolce from Pasticceria Berti. The Classic is made with flour, butter, eggs, yeast, sugar, candied fruits and raisins, pine nuts, milk, honey, lemon, and vanilla, and topped with a candied cherry. We also love Berti's Fig & Walnut, Chocolate & Pistachio, and Chocolate & Hazelnut flavors. Like the panettone from Perbellini, Berti's pandolce make great gifts. Not only do they taste amazing, but also they come beautifully wrapped!

Serve with coffee, tea, a sparkling wine like Moscato d'Asti, or a rich dessert wine like passito, which is made from raisins. 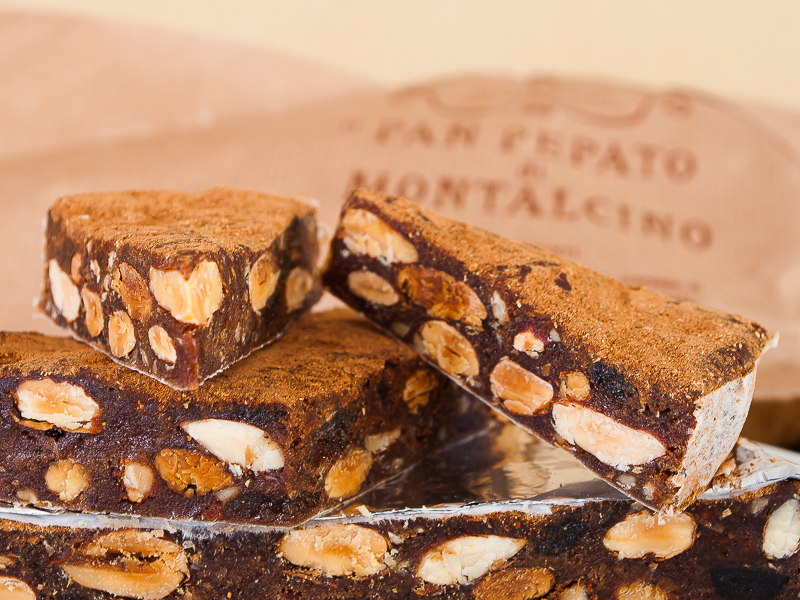 Panforte is the most famous sweet from the Tuscan city of Siena, and dates back to the 13th century. Panforte means “strong bread” in Italian, and this 'cake' is firm and chewy. More like candy than cake or bread, these round cakes are chock full of dried fruits and nuts, and flavored with spices like clove, cinnamon and black pepper (hence the original name “panpepato” or “peppered bread”). Panforte Nero are dark from the addition of cocoa powder, and Panforte Margherita are white, traditionally made with marzipan. Siena's famous panforte even have their own patron saint, Saint Lorenzo! 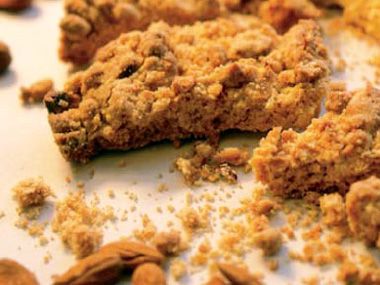 Sbrisolada has its origins in the city of Mantova, in the region of Lombardy. Its name comes from the Mantova dialect word “brisa”, which means “crumbs.” This aptly named sweet is more like a shortbread cookie than a cake. It's made with butter, cornmeal, ground almonds, and a bit of vanilla and lemon zest.

Too crumbly to cut, Sbrisolada is traditionally broken into chunks and then dipped into sweet wine or Grappa. The smaller crumbs are also wonderful atop a rich vanilla ice cream.

We're certainly drooling with anticipation by now. Would you like us to set aside one of these delectable sweets for you before we sell out? Send us an email, give us a call, or stop by the shop so our friendly neighborhood cheesemongers can help!