Chef Matt Jennings grew up in Jamaica Plain, where he developed a love of local, fresh ingredients. After learning all he could here at Formaggio Kitchen, where he was a cheesemonger and buyer from 1999-2001, Matt opened a successful New England bistro and cheese shop named Farmstead, Inc. in Providence, Rhode Island. After many successful years and James Beard Award Nominations for Best Chef New England, he and his pastry chef wife Kate moved back to Boston with their boys to open Townsman, and we're so happy they're home!

Our South End General Manager Julie reached out to chat with her former culinary schoolmate about his happenings then and now. 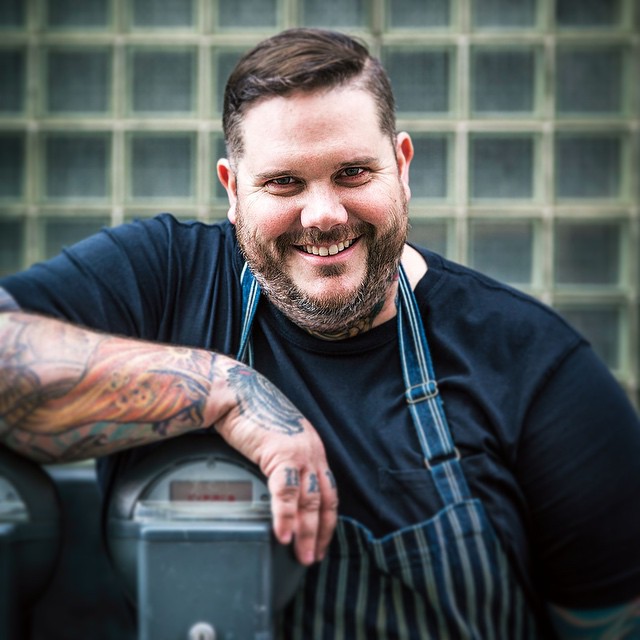 Julie: We started culinary school at New England Culinary Institute in the same block in the fall of 1996. I can’t say that at that time I imagined managing a cheese shop would be my culinary destiny; did you have a clear goal of opening your own restaurant when you enrolled at NECI?

Matt: Actually, yes. I knew I wanted to do my own thing. I wasn’t sure at that time what shape it was going to take, nor would I have imagined owning more than one restaurant.

Julie: How did you first learn about Formaggio Kitchen; when and how did you end up working here?

Matt: I was working as a cook in the city. At that time, I had been cooking at Truc in the South End with Amanda Lydon, and then with Stan Frankenthaller at Salamander. I kept hearing my fellow cooks discuss Formaggio Kitchen and I couldn't believe that I had never been - let alone even heard of it, having grown up in Boston. One day on one of my days off, I decided to go check it out and I was blown away. They told me they were hiring, and Ihsan interviewed me on the spot. That was it.

Julie: What did you learn from working at Formaggio that you were able to use when you opened the Farmstead cheese shop and then restaurant in Providence, Rhode Island?

Matt: Most importantly, Ihsan- more than any chef I had worked for prior- taught me how to really take care of product. Additionally, he taught me how to have that 10,000 foot view of the entire store and to be able to work simultaneously on refining the details and also keeping my eye on the big picture. I think this has been a huge key to my success to be honest.

Julie: What previous successes did you bring to Townsman from Farmstead, and also what new ideas have you implemented since opening Townsman that you’re really excited about?

Matt: Townsman is meant to be kind of like Farmstead on steroids. Our goal was always to keep the focus on the quality of product and service, continue to source responsibly and from people we know, teach our team to work cohesively and with the end goal of understanding that it is the guest’s experience that matters most. The integral connection the food has at Townsman, to the land, the sea, the growers - that is the foundation the place is built on. Taking it to a larger format, and creating what we call ‘New England Farmhouse Brasserie,’ is the evolution of this concept. A little more lively, boisterous, and still casual and fun - all the while, having serious food within reach.

Julie: What are a couple of the more unusual ways you’ve used cheese in dishes in your restaurants?

Matt: We love roasting it. I’m not sure how ‘unusual’ that is, but there are some cheeses that are calling to be cooked with. Semi-firm, dense and fudgy cheeses like Pawlet and Landaff - they do incredibly well bathed in some high heat, slightly melted, and turned molten. We like to serve this style of preparation surrounded by fresh pickles, mustards, and nuts.

Additionally, we love cooking cheese on the plancha. Our plancha gets up to about 700 degrees and has the ability to sear- almost caramelize a cheese in a matter of seconds. This makes for some interesting flavor discoveries and is a fun way to experiment with cheeses. The last cheese we cooked on the plancha was goat's milk cheese from Twig Farm, and we served it alongside a fresh berry compote and rye crackers. It was really, really good.

Julie: Now for the most important question: How are your two boys shaping up in the kitchen and what have you cooked with them?!

Matt: They are amazing. Sawyer, 6, loves to cook. He’s often coming into the restaurant with me and I have him doing everything from picking herbs to washing windows. Coleman, 3, isn’t too much into the manual labor yet, but he sure does love to eat! He got his Dad’s genes there. The kid can put away some serious food, for only being 40 inches tall.

Sundays are our day to cook together. We are always showing the boys the importance of cooking and sitting down to share a meal. Recently we baked pies with them (strawberry rhubarb season after all), we have a pizza night every week where we make pizza dough and bake from scratch, and of course they love Mac ’n Cheese, so that is definitely in our routine. We prefer a nice mix of gruyere, cheddar and aged gouda….hand-selected by the ‘Mongers at from Formaggio, of course!

This post is part of our Friends and Family Interview Series. Read our last interview with Jason Sobocinski and stay tuned for the next one!